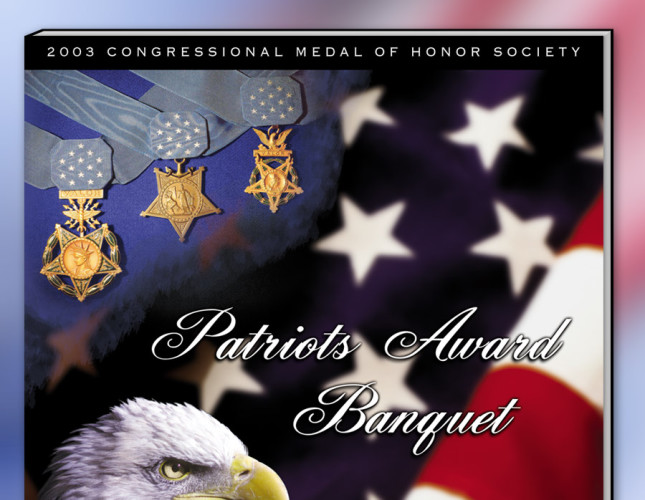 The Medal of Honor is the highest award for valor in action against an enemy force which can be bestowed upon an individual serving in the Armed Services of the United States. In creating the Congressional Medal of Honor Society Patriots Award Banquet program, we wanted the piece to reflect the courage, honor and sacrifice of the recipients of the medals being awarded at the Banquet. This black-tie event was nothing short of spectacular and we were honored to be a sponsor.